“I led design for the first app to help you master chess through engaging games and interactive lessons with Magnus Carlsen, World Chess Champion!”

Learning to play chess can feel intimidating and overwhelming. There’s a common misconception that you need to be smart and that it’s hard to learn, and even in the digital space, products for teaching chess use an old-fashioned approach.

We set out with a mission to make learning and training chess engaging and accessible to anyone, regardless of skill level and age.

Starting out, it was clear we had a huge task in front of us. No one else we knew of had attempted pushing the frontiers of what chess learning could be. In the start phase, we had help from usTwo, the company behind international success Monument Valley, before running everything in our in-house team. We experimented with almost every aspect of the product during the following months, improving and adding content and features to the product.

Visually, we wanted to bring a fresh new look to a category where barely any products dare to stand out. Taking cues from the Play Magnus app I previously created the design for, we wanted to push things even further while still keeping it bold and elegant. With a vibrant color palette, we wanted to attract also those with a more casual interest in chess.

To lower the bar and make learning chess accessible to everyone, we took a totally new approach to teach chess. We created dozens of engaging mini-games and hundreds of interactive lessons, enabling anyone to learn and master the game without any prior knowledge. With Magnus Carlsen, reigning Chess World Champion, as your mentor.

Being one of Magnus Carlsen’s products, having him a part of the app was pretty much given. Early on, we decided we could use the app to give our audience a deeper connection to him, building games that were based on his life and experienced, as well as basing lessons on games he had played throughout his career. In the app, Magnus will also turn up now and then to guide you through the app and give you feedback. As with the Play Magnus app, I wanted to create that personal connection to the brand through emotional design, letting Magnus’ personality shine through in the entire app.

The app launched with custom illustrations made both in-house and through our collaborators at ustwo, as well as photo and video shot by our friend Alex Asensi. It also contained over a dozen unique mini-games which each included unique illustrations, game mechanics and music composed especially for us. 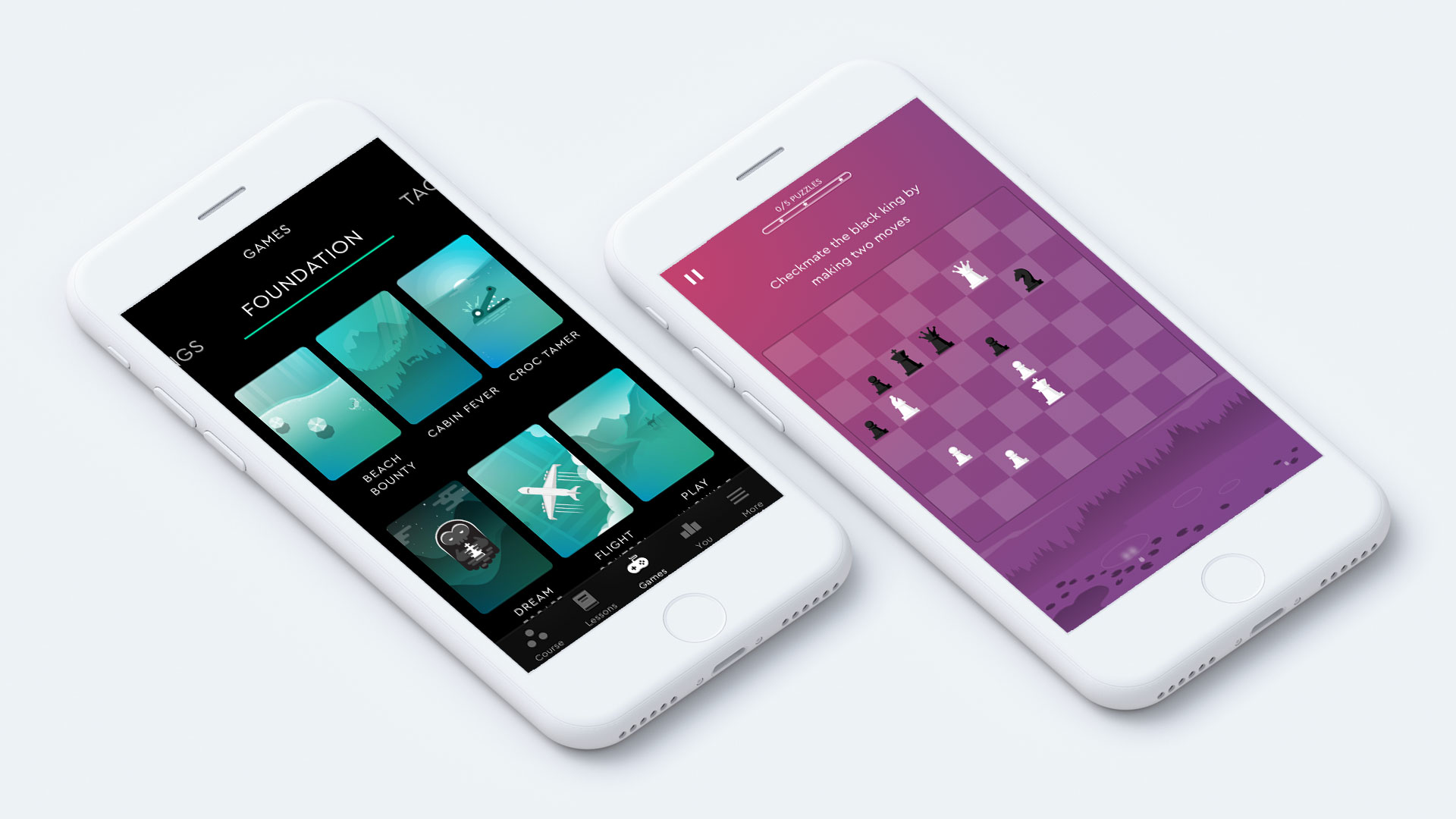 Magnus Trainer has been a success, with close to 1,5 million unique users, and regularly included among the top 3 grossing apps in its category. It has also been instrumental to the Play Magnus company’s success in bringing chess training to the world in a totally new and unique way.

As part of the core team that was hired to work full time on the product, I learned a lot and worked with many aspects you rarely get to go deeply into as a consultant. Definitely one of the products I have learned the most from working on.